On January 3 we met at 8:00am for the drive out to Pre Rup. It was on the way to Banteay Srei and wasn’t crowded at all. Stopping at this temple wasn’t planned or expected, but I am glad Mr. Chin made the decision to stop briefly. It was a unique experience to be at a temple with hardly anyone there and I even had the chance to wander through parts of the temple completely by myself. I let my imagination run wild as I walked along the hallways whose ceilings are now open to the sky above. 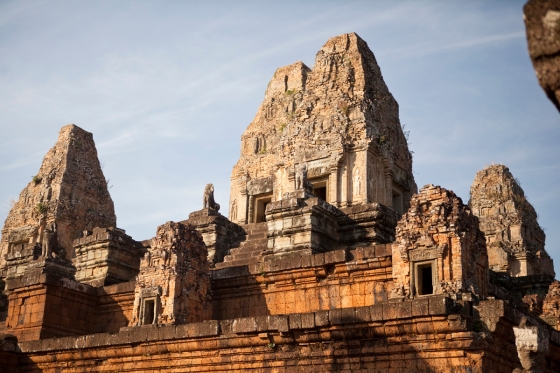 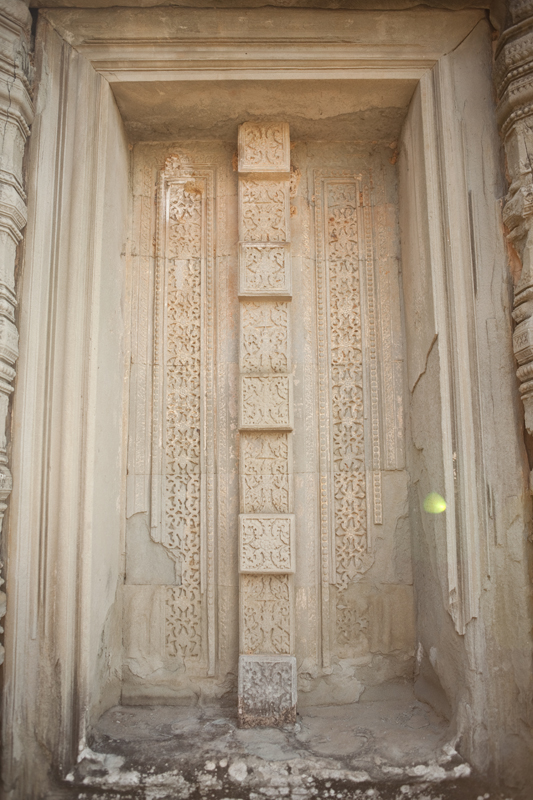 After walking around Pre Rup, we headed to Banteay Srei, also known as, “The Pink Lady” because it was carved in hard, pink sandstone. It is much smaller in scale compared to the other Angkor temples and is a favorite among many people because of it’s intricate details. 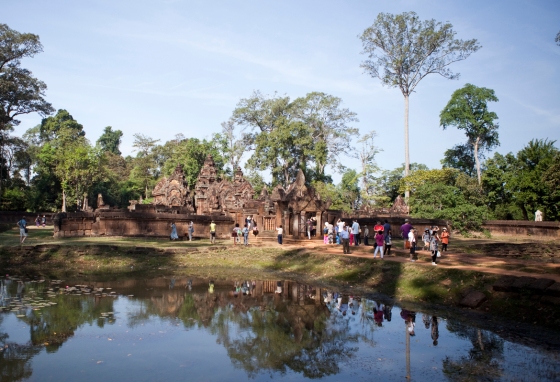 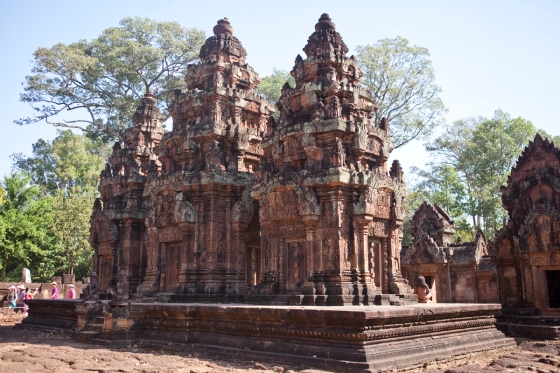 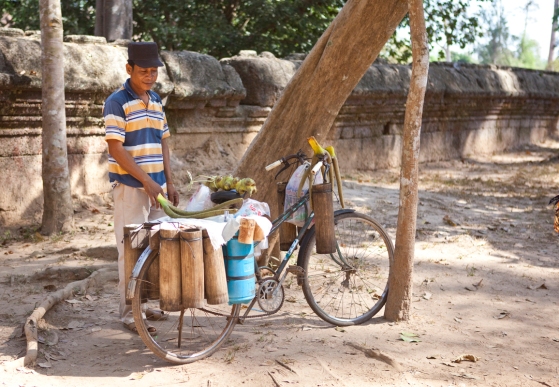 After leaving Banteay Srei, we drove to the Cambodian Land Mine Museum where we had an opportunity to walk around. I joined a tour led by Mr. Bill Morse, who is a wealth of knowledge and not short on words. He was heading out the very next day on a demining mission. Texas A&M helped make the museum a reality and though I didn’t work on the project, I must admit, I felt a lot of pride having graduated from the Environmental Design program that was so influential.

Once we left the landmine museum, we headed towards the Artisans Angkor Silk Farm. I’ll be talking about that in the next post because I don’t want to exhaust you with this one. On the way, we stopped at a rice field where Chin talked to us about the Cambodia rice production and we had the opportunity to speak through Chin to a woman and her children. They just happened to be in the field while we were there, but it was definitely a highlight of the trip. After talking with them Chin asked if we had any candy for the children. Luckily I have a severe gum chewing habit and had a pack up gum on me with enough pieces for the children. If you are planning to travel to Cambodia, a little stash of candy to hand out to local children isn’t a bad idea! 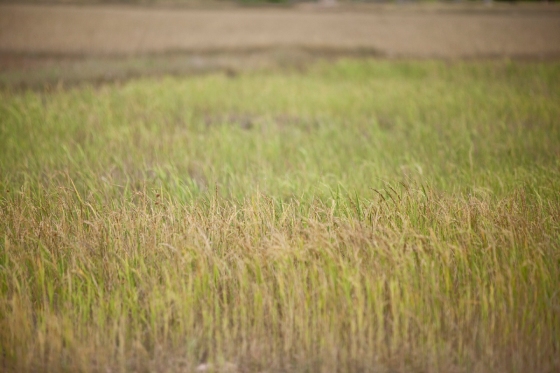 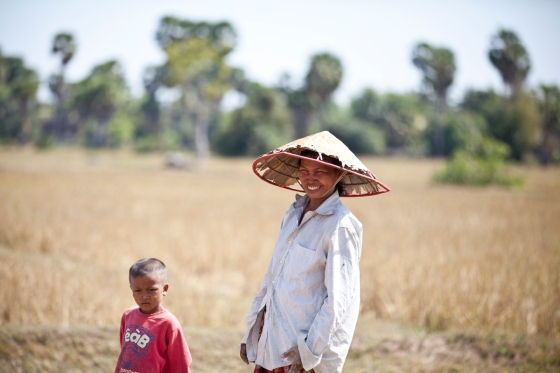 And that’s where I’ll end this post. I’ve got one more post on Cambodia to share. If you’ve stuck with me through them all, thanks for indulging me!

One thought on “Cambodia [part five]” 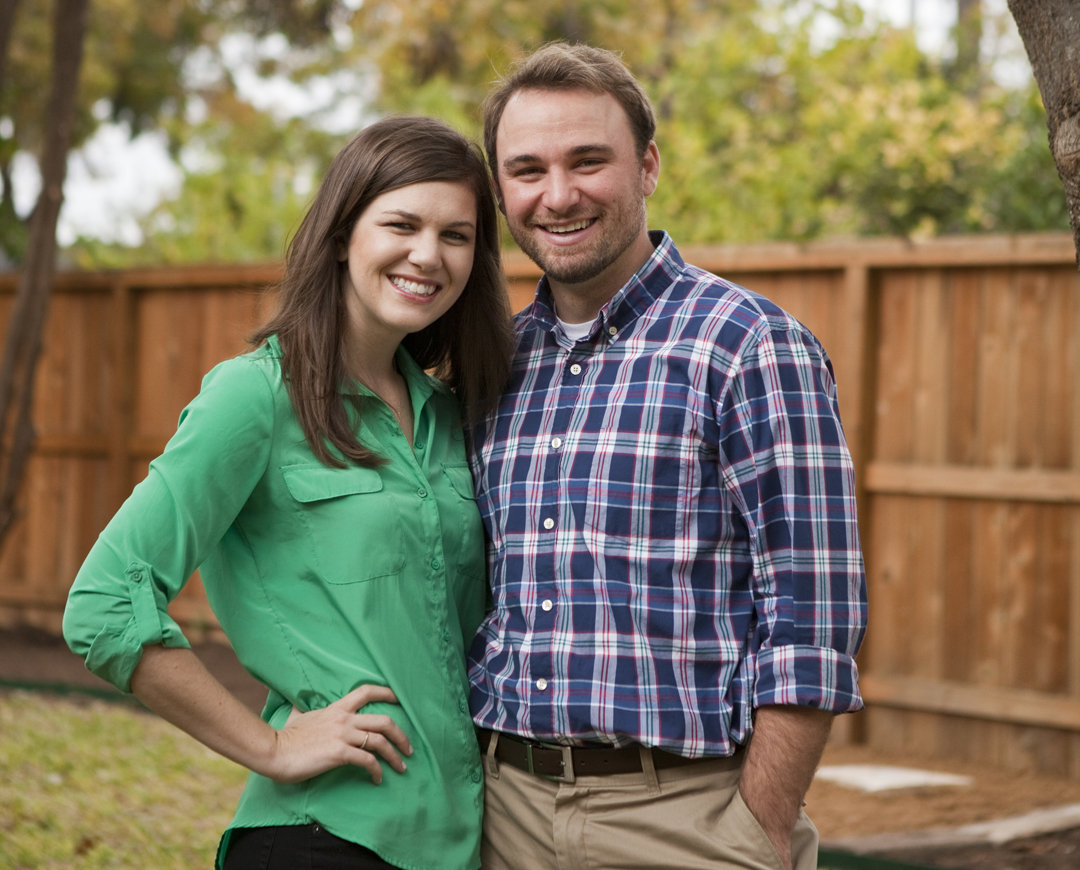 Thanks for stopping by!

Thanks so much for stopping by the blog and taking a look around. Want updates automatically sent to your email or reader? Be sure to subscribe!

Interested in buying a print you've seen on this site? Visit my Society Social page: